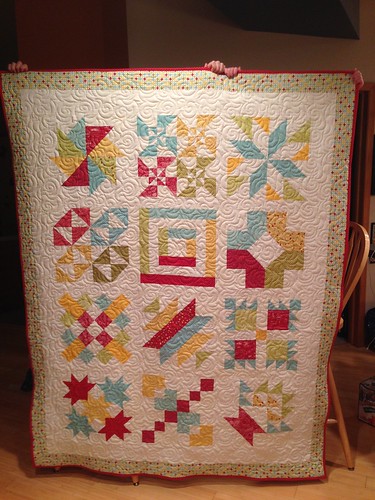 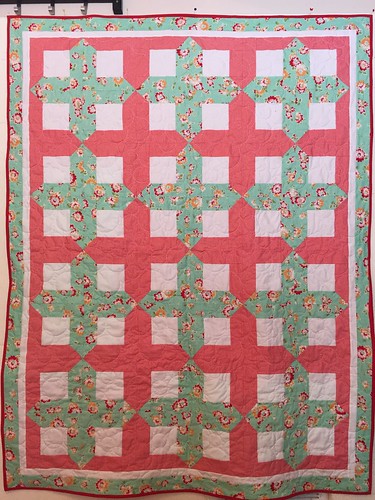 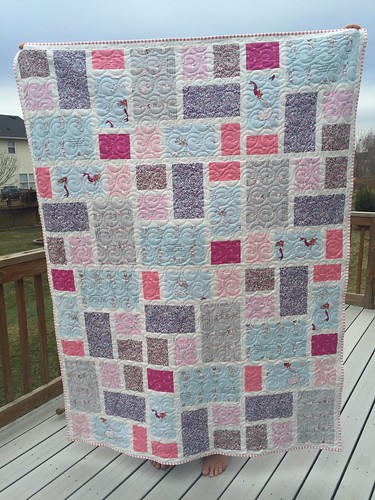 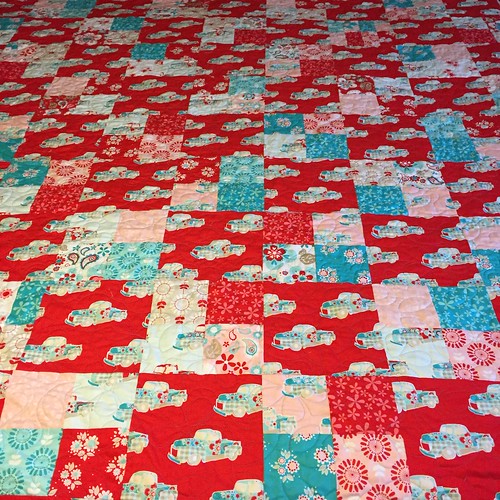 Meghan & Nick’s WISHES Wedding Quilt, August 2015
Meghan was the flower girl in my wedding, 18.5 years ago. And a few weeks ago she got to be the bride when she married Nick. 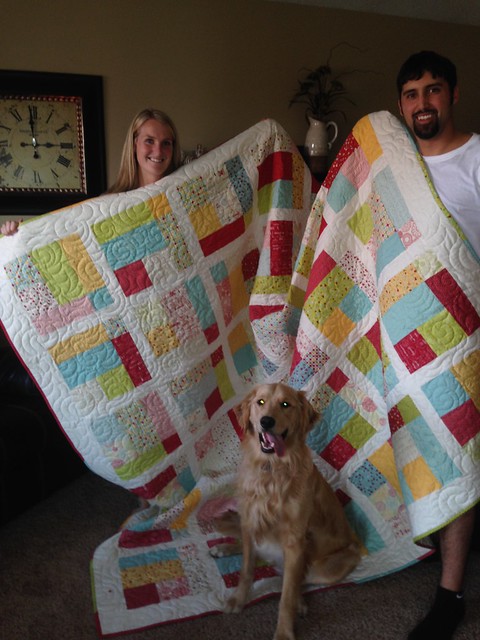 Blast Off Baby Quilt, August 2015
Quilt for baby Parker, nephew of Meghan (above). I don’t know why, but I never posted the back story of this and the twins quilts from 2013. Meghan is the youngest of three who were next door neighbors when I was in high school. I babysat for them when they were little. The oldest got married several years ago, and in 2013 had twin girls, so I made matching quilts for them.  The Blast Off quilt was for their baby brother, born earlier in 2015. 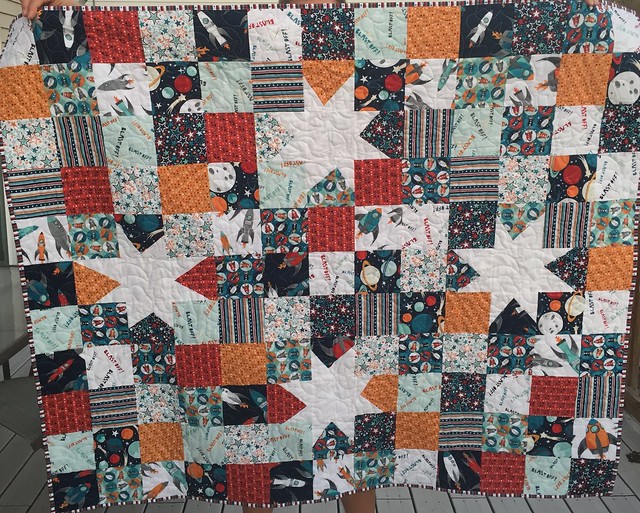 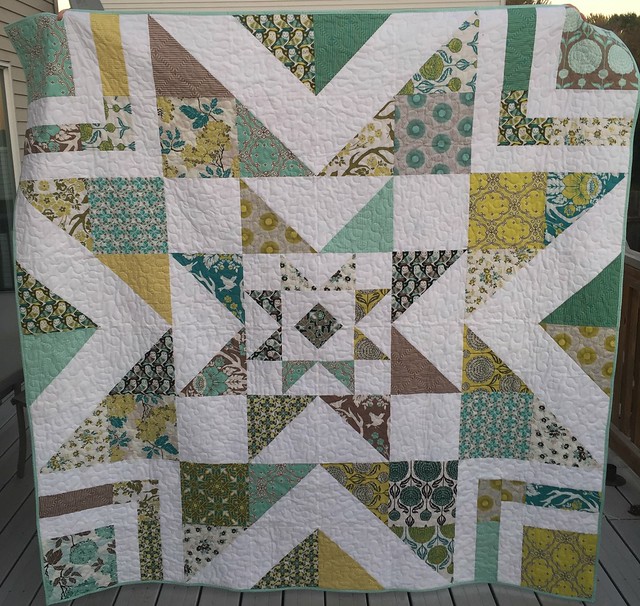